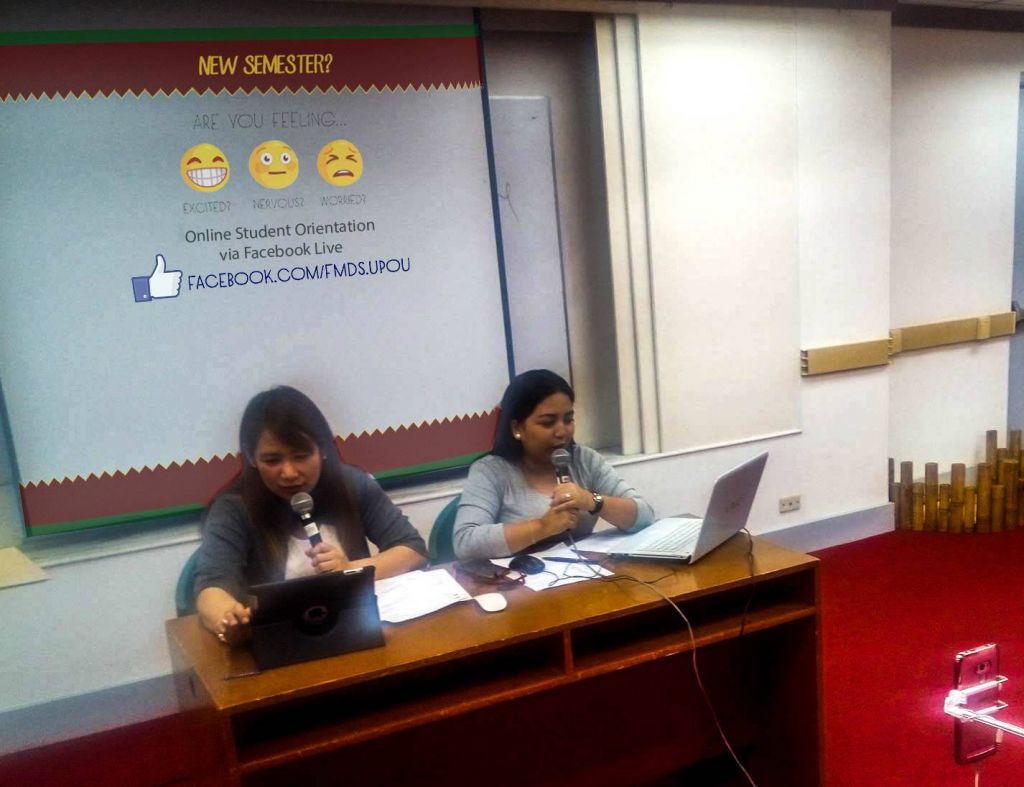 Hosted by Asst. Prof Rita C. Ramos, the Secretary to the Faculty of FMDS, and Ms Jeniffer F. De Pasion-Guevarra, FMDS Student Support Staff, the online student orientation via Facebook Live is a venue for students to raise inquiries and clarify information which are not included in the orientation materials sent to them prior to the live orientation. Some of the Program Chairs, Faculty-In-Charge, and Learning Center Coordinators also joined the Live Orientation addressing concerns raised by the students.

The Student Orientation via FB Live got a total of 1527 views with over 300 comments and students’ queries. Students who attended the live orientation also commented that FB Live is a good venue for them to post queries which are answered real time, making them feel less worried and more guided.

FMDS makes use of the advantages of Social Media such as Facebook Live in its mission to serve the global community of learners, reaching out to more students around the globe.