A study by Arthur J. Lagbas, a candidate for the degree of Diploma in Land Use Planning (DLUP), has been accepted for the April 2022 issue publication of the Ecosystems & Development Journal (EDJ). 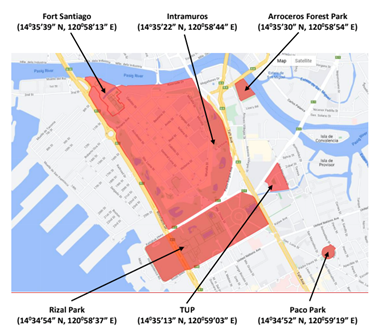 Through the use of an online survey, the researcher examined the students’ visitation, familiarity and perception of ecosystem services and disservices, urban environmental problems and land use.

The study revealed that Rizal Park and Intramuros are the most frequently visited parks due to its spacious and openly accessible area, while gated and relatively smaller parks, Arroceros Forest Park and Paco Park, are the least visited. Furthermore, results also showed that the respondents perceived the importance of the urban air quality maintenance and cooling function of the urban parks. This suggests that heat stress caused by the urban heat island effect, climate change, and pollution highly influenced the respondents’ perceptions.

In addition, it is also suggested that park management should create opportunities and implement programs for fair access, such as discounted fees, free access on special occasions, and nighttime operation hours, so that the benefits of parks will be more accessible to the public.

EDJ is a refereed journal of the College of Forestry and Natural Resources (CFNR), University of the Philippines Los Baños (UPLB). Published semi-annually, the journal focuses on research and policy development articles on sustainable development of natural resources and tropical forest ecosystems.